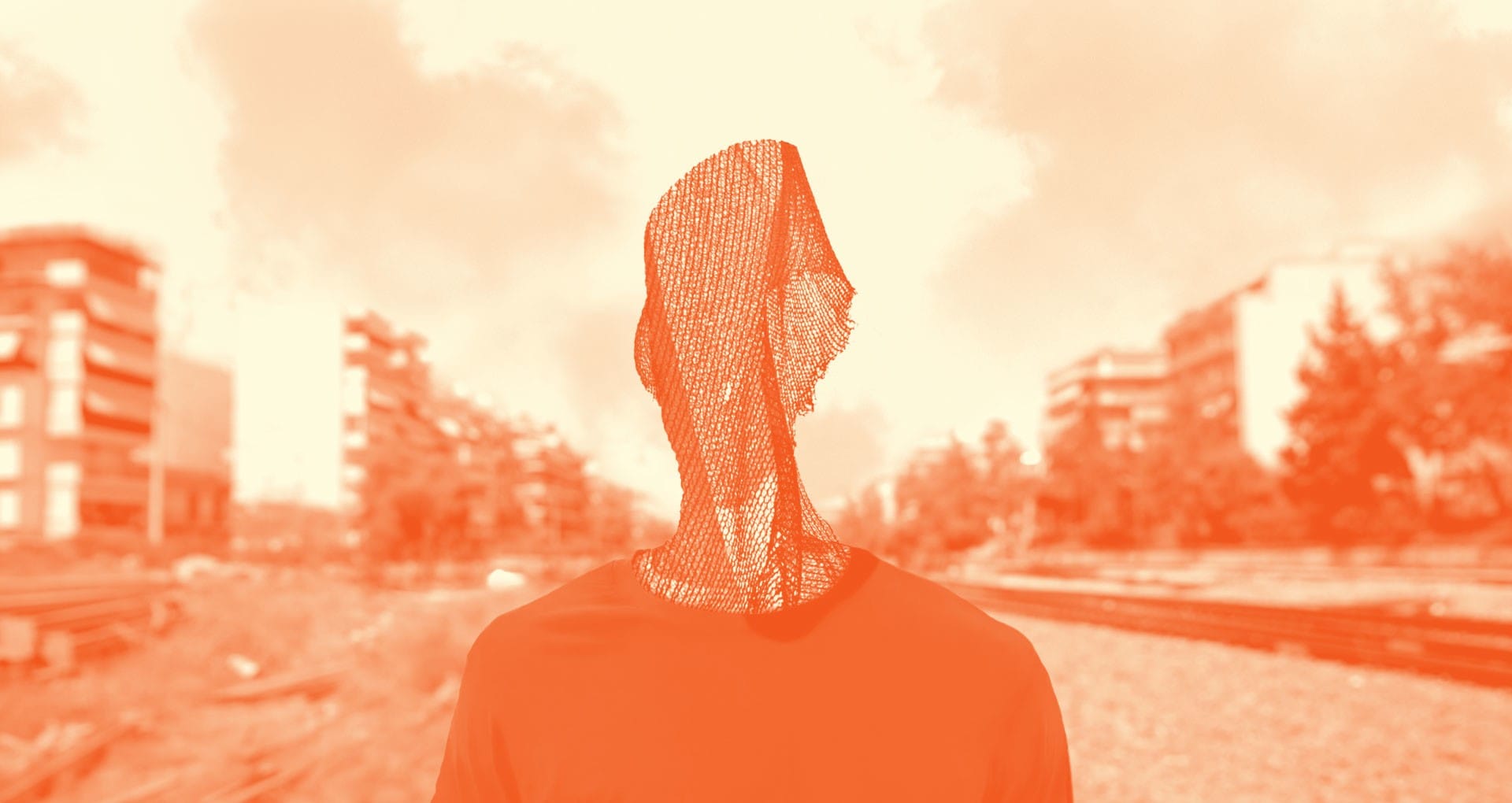 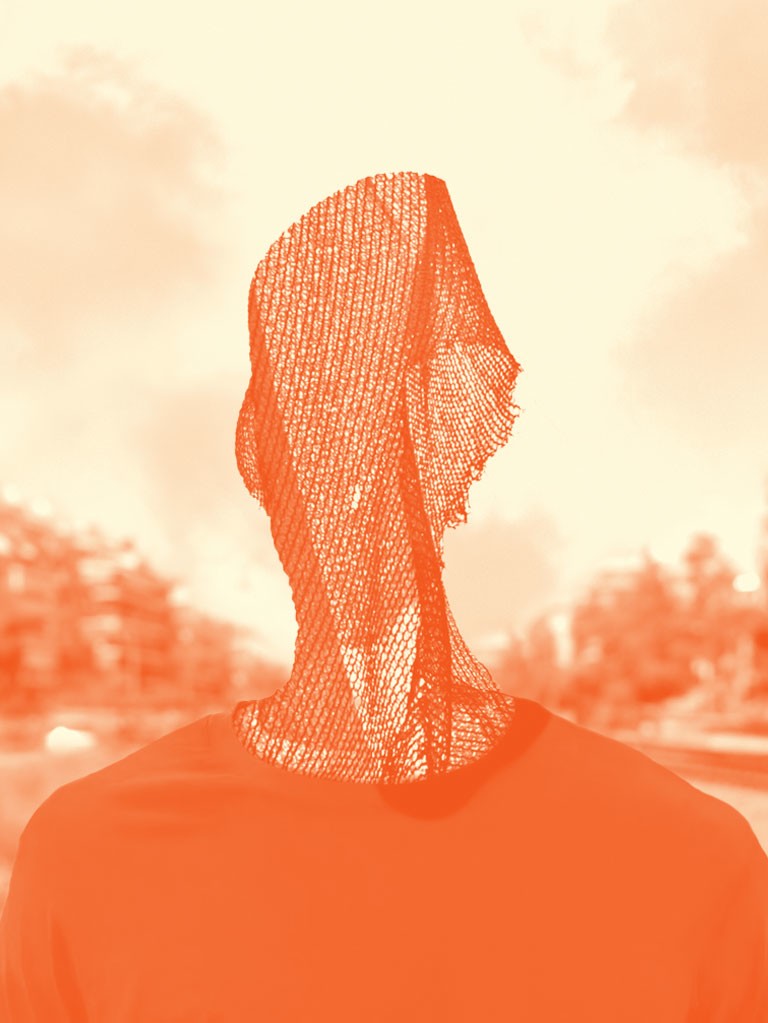 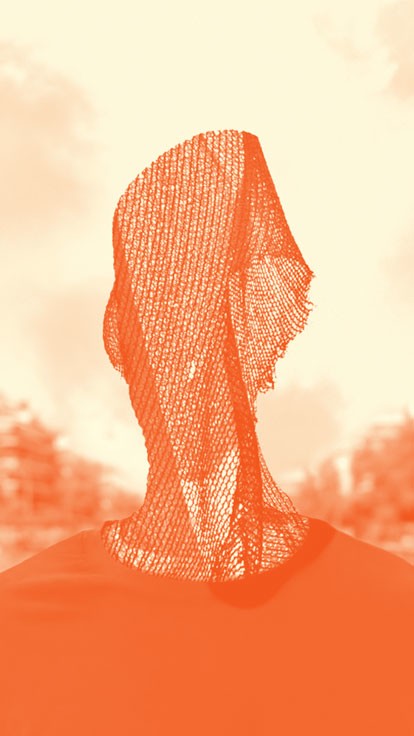 Poster design for “Village Potemkin”, an award-winning documentary film about the harsh realities of drug rehab and the struggle to stay clean when the city around you is falling to pieces, caught in the throes of a deepening socio-economic crisis.

“Village Potemkin” dives deep into rehab. Dominikos, a former substance abuser, wanders around the collapsing city of Athens on his bicycle, documenting his friends as they all struggle to stay clean and live a fully conscious life.

The thrill of the high and the inevitable collapse takes center stage, following by the long and winding path to recovery. But first, you have to acknowledge you need help.

For the “Village Potemkin” poster we created a photo collage using stills from the film. The debris netting, commonly seen around scaffolding, replaces the main character’s head, creating the perfect metaphor as he loses himself in a collapsing city, caught between addiction and rehab. 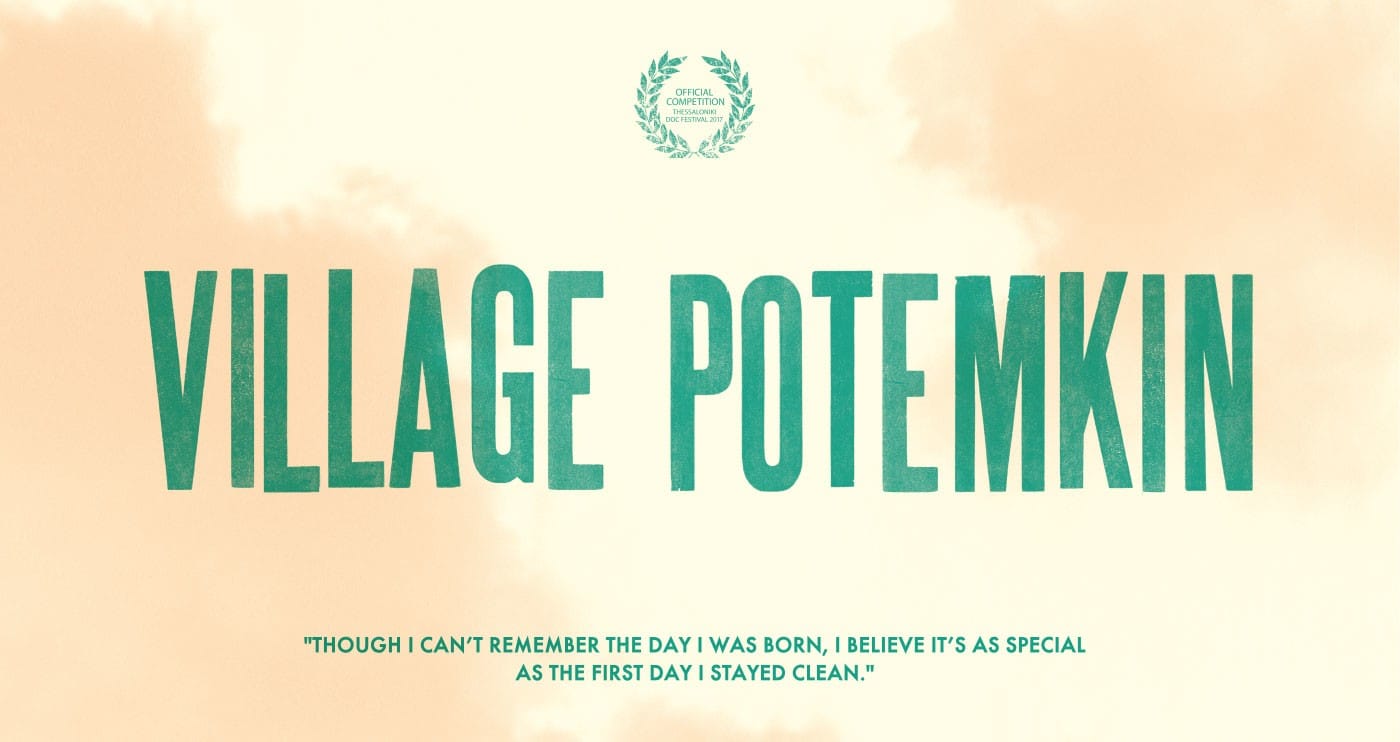 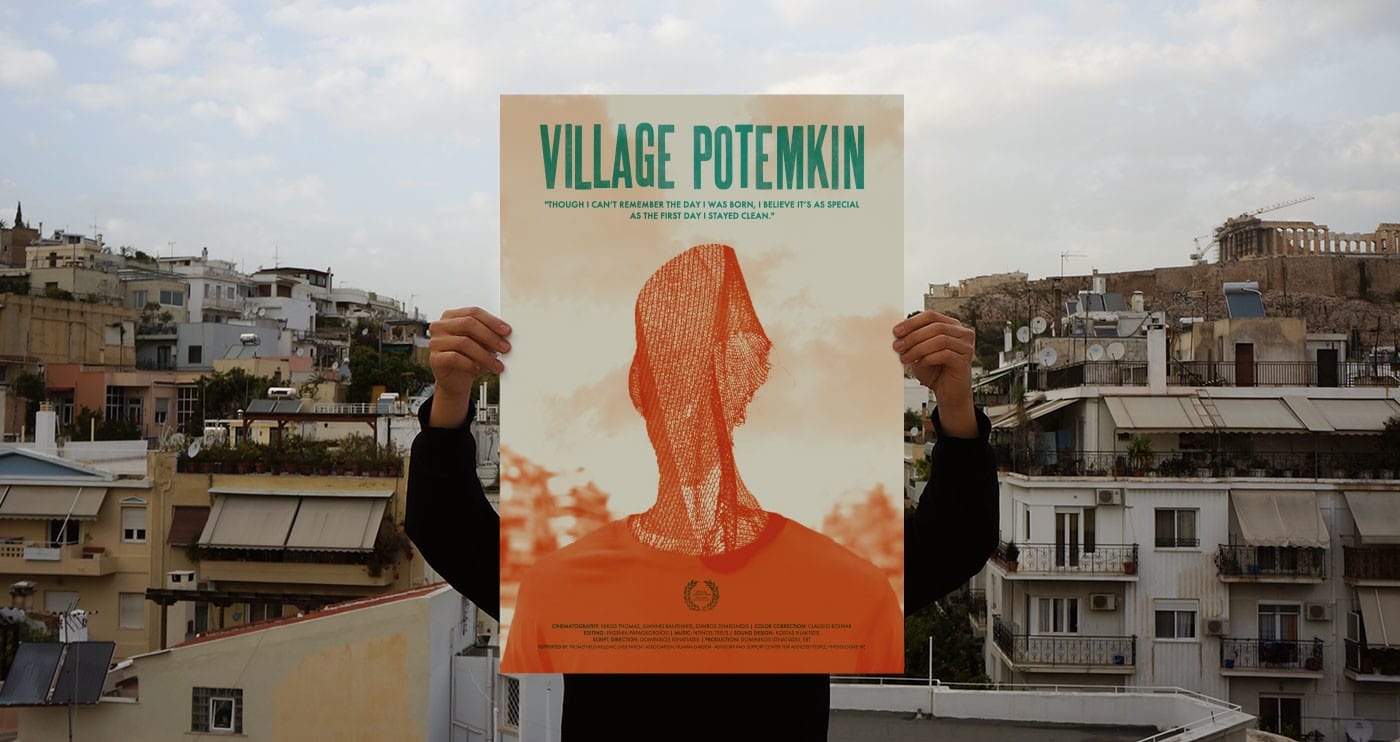